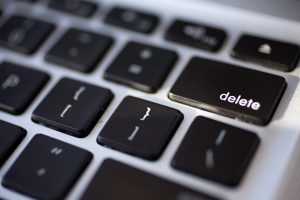 In 1995, the European Union adopted into law the ‘European Data Protection Directive,’ or ‘Directive 95/46/EC.’ This regulation concerned the processing of personal data and took its place in the EU’s far stricter and further reaching privacy laws than are seen in the U.S. and other industrialized nations. This law, effective nearly two decades ago, originated the concept that an individual has the right to ‘determine the development of his life in an autonomous way, without being perpetually or periodically stigmatized as a consequence of a specific action performed in the past.’ This law is now being revised to include the mandate that personal data belongs to the person whose data is being collected, or ‘data subject,’ and does not belong to the data collector or processor, giving the data subject the right to have erased from the internet any such data collected.

In 1998, a Spanish newspaper published information regarding forced property sales in order to attract bidders, leading to its subsequent publishing on a website. One of the properties belonged to a man from Spain, Mario Costeja Gonzalez, who years later had bettered his situation and did not want the information to be public because it was embarrassing. Citing its current irrelevance, he first contacted the newspaper to have the information removed and then appealed to Google Spain (and later Google Inc.) to remove it from their search engine. Both the newspaper and Google denied Gonzalez’ request. He then lodged a complaint with the Spanish Data Protection Agency requesting that the newspaper be forced to erase the data, and that Google be forced to remove any links to the data. The director of the agency denied the request to force the newspaper to remove the information, but upheld the complaint against Google, saying they must remove the links rendering Gonzalez’s data impossible to access. Google then brought separate actions against the decision, citing, among other arguments, that Google Inc. was not within the scope of the EU’s Data Protection Directive and Google Spain was not responsible for data in its search engine.

In May 2014, the European Court of Justice ruled against Google, opining that search engines are responsible for the content they refer to, thus requiring Google to comply with EU data privacy laws. Google subsequently began complying with this ruling onMay 30, 2014. It has since received nearly 12,000 more requests to have personal data removed from its search engine.

Though still a foreign concept to Americans, the right to be forgotten has gained ground in a recent California law. In 2013, Governor Jerry Brown received a letter from the CEO of Common Sense Media, who contended that most teenagers have a profile on a social networking site, such as Facebook or Twitter and, because of the benefits offered by these sites for communicating sensitive personal data, these minors often reveal personal information about themselves without realizing the consequences. The letter persuaded Governor Brown that teens who reflect on the decision to expose personal information should have the right to remove such data. Governor Brown responded by signing into law provisions in Senate Bill 568 giving minors, by January 2015, the ability to remove their own web posts by requiring websites to provide an online erase button. This bill only relates to personally posted information, not to posts in which minors are mentioned by others. Additionally, the law only requires websites to remove such posts from display, but does not force them to remove offending information from service providers’ servers.

The concept of the right to be forgotten has sparked fierce worldwide debate, particularly in theUnited States, where the First Amendment’s protection of freedom of speech is vehemently guarded. Opponents of the law and its notion of privacy over free speech are challenging its validity, citing its irreconcilability with U.S. Constitutional protections. They argue that such removal of information would constitute censorship, thereby reducing the freedom of expression. Additionally, internet privacy analysts say that the EU’s decision against Google essentially ‘breaks’ the very purpose of the internet’s free exchange of ideas and information.

Regardless of what side of this issue you find yourself on, the European Union’s creation of the legal concept of ‘the right to be forgotten’ is sure to have widespread ramifications among internet providers, social marketing and networking professionals, and SEO experts worldwide, not to mention the entirety of global communication. And, as the world has now moved into the internet age, the potential clash of free speech with ever-expanding and redefining privacy laws may take on new meanings as well.

What is the Definition of Digital Marketing?

How to Promote a New Blog

What is Guest Blogging?

What is the History of SEO?