Google facing complaints about unfair business practices and a near-monopolistic hold on internet advertising business is not exactly late-breaking news. For years, detractors have contended that Google, along with Facebook, Apple, and Amazon, has wielded and abused its immense power over internet commerce, communications, and the digital marketing landscape. Within the past year, however, Google has racked up a number of lawsuits accusing it of antitrust violations. While legal problems are not uncommon for the internet search giant, it is only recently that federal or state regulators have brought major cases against them.

Over the past summer, state attorneys general turned their scope towards Google with an antitrust lawsuit alleging the company used its Play Store on Android to take advantage of app developers. Indeed, this case was the fourth antitrust lawsuit brought against Google by government regulators over the past year.

By concentrating on the Play Store, this lawsuit highlights a part of Google’s business practices that it shares with Apple. Similar to Google, the Apple App Store has become embroiled in its fair share of legal quagmires and invited the scrutiny of lawmakers who question whether it unfairly charges developers for payments through their apps by customers and whether it favors its own apps over those of its rivals.

In a rare showing of bipartisanship, both democratic and republican attorneys general from 36 states and the District of Columbia filed the case in northern California charging that Google engaged in anticompetitive tactics to get as much as a 30% commission from customers who purchase digital content and subscriptions on their Android phones. They claim that app developers are forced to use Google’s software for distribution partly because the company has pushed aside competing app stores. They also maintain that customers little option because Android is the only operating system used on many handsets.

Plaintiffs continued that the Google Play Store distributes over 90% of Android apps throughout the country while no other Android store has garnered over 5% of the market share. They even accused Samsung, the number one manufacturer of Android phones, of cooperating in a scheme in which Google buys them off by giving out incentives to turn its Galaxy app store into a “white label” for the Play Store. It also bears mentioning that Google has rebuffed attempts by Amazon in the past to use its own distribution store on Android.

In a typical monopoly-type scenario, the complaint argues that Google’s dominance of the Android app distribution market isn’t due to the merits of their product. In other words, the company relies on artificial means and conditions in order to stifle competition in the Android ecosystem.

As if these charges weren’t enough, Google was also hit recently with a lawsuit from a group of Republican attorneys general concerning its advertising technology business. Specifically, the suit charges that the company agreed to an anticompetitive relationship with Facebook.

Consumers Suffer from Lack of Choice and Innovation

What keeps coming up throughout these legal challenges is the way consumers suffer from a lack of innovation in this space. Because of how they’ve rigged the system, Google has little incentive to provide a better service while other app stores and developers lack the channels necessary to reach the masses. Instead of striving to come up with a more improved app distribution method, Google reduced the competition to maintain monopoly power and bolster revenue from its Google Play Store. As a result, plaintiffs have made it their goal is to restore a competitive balance and, more importantly, to prevent Google from pursuing similar tactics in the future.

As recently as last month, more legal headaches surfaced for Big Tech when Sen. Amy Klobuchar introduced legislation that would preclude online platforms owned by large technology companies from promoting their own products over third-party vendors. A group of Democrats in the House of Representatives quickly followed suit by announcing plans for a bill that would remove some liability protections for tech platforms, an issue brought to light by the previous week’s Facebook whistleblower hearings.

Within the past few days, a group of U.S. states led by Texas filed an amended complaint against Google’s parent company, Alphabet, charging that Google employed coercive tactics which violated antitrust laws to burnish its already powerful advertising business. What these updated charges represent is the latest in a juggernaut of regulatory scrutiny over Google’s monopolistic business practices, something the industry hasn’t witnessed since the antitrust case against Microsoft two decades ago.

The cascade of lawsuits against Google, which the company says it will fight in court, are indicative of the growing backlash against the technology giants, a movement that increasingly looks like it will usher in major changes for some of the world’s most popular digital services. Indeed, most of these lawsuits are the end result of many months of investigation into antitrust issues at tech companies. The difference now is that a growing chorus of lawmakers has come together to try to reduce Big Tech’s control of digital markets.

Gone are the days when regulators looked the other way at these very profitable but often anti-competitive ways of doing business. Yet advocates for change are still waiting to see if the new legislation will change the way anti-competitive measures are enforced and whether technology companies will have the right to promote their products on their platforms. The sheer number of cases against Google reflects a new attitude and a growing resentment against Big Tech that may finally impose major change upon some of the planet’s most popular digital services.

Directories Do not Work! 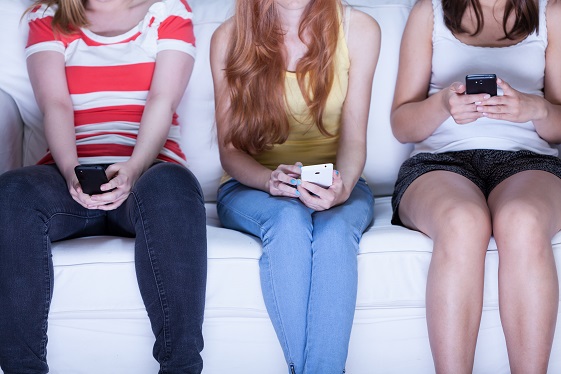 The Facebook Whistleblower and the Future of Social Media Marketing

Voice Search Poised to Dominate in 2019

What is On Page SEO?

How Does Social Media Marketing Work?